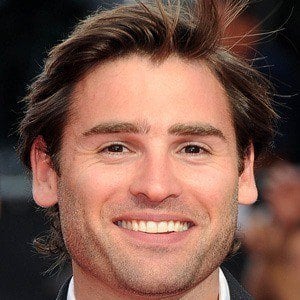 Model and actor who starred as Russ Owen from 2004 to 2009 in the British soap opera Hollyoaks.

After leaving Art college, he began his acting career by appearing in the soap opera Night and Day.

In 2012, he guest-starred in Banged Up Abroad in the episode Black Palace of Horrors.

In his appearance on I'm a Celebrity...Get Me Out of Here, he revealed that his father died after a two year battle with a sickness.

He starred on Hollyoaks alongside Marcus Patric.

Stuart Manning Is A Member Of