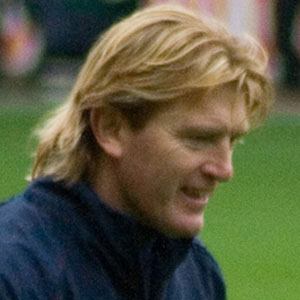 Box-to-box midfielder best known for his time playing for Bradford City from 1982 until 1988, and again from 1998 until 2002. He would later become the team's manager in 2007; he's also managed Motherwell and the Rangers.

He played youth soccer for the Pudsey Juniors and would make his senior debut with Bradford City in 1982.

He was born in Leeds, England. His father was a former professional footballer. He had a son named Craig.

Defender Evan Horwood was his teammate on Sheffield United.

Stuart McCall Is A Member Of