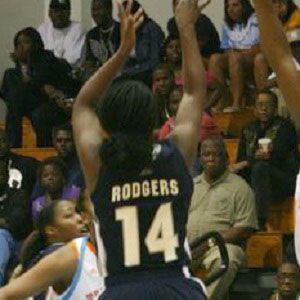 Basketball guard who on the WNBA title with the Minnesota Lynx during her rookie season in 2013. Following the season, she was traded to the New York Liberty.

She was the team MVP at King's Fork High School in all four seasons in which she played.

She was named Big East Rookie of the Year at Georgetown in 2010.

Her mother was a basketball player at Booker T. Washington High School and passed away in 2005.

She won the WNBA Championship alongside Lynx teammate Monica Wright in 2013.

Sugar Rodgers Is A Member Of