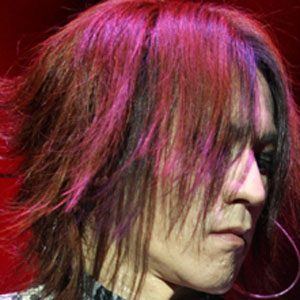 Japanese guitarist, singer, and songwriter who was a member of Luna Sea, but who also pursued a successful solo career.

He received formal training on the trumpet and the violin, but had to teach himself guitar because his parents did not approve.

His full name is Yasuhiro Sugihara.

His parents were both musicians and made him practice and study music beginning at the age of three.

He was heavily influenced by the music of David Bowie.

Sugizo Is A Member Of