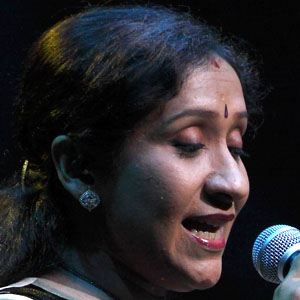 After rising to fame for her vocal performances in the touring stage productions of K. J. Yesudas, Mohan became one of India's best known and most prolific cinematic playback singers. Her numerous honors include a 2008 Kerala State Film Award for 'Best Female Playback Singer' and 2001 and 2004 Tamil Nadu and Asianet Film Awards in the same category.

She recorded her debut playback number, 'Kannezhuthy Pottuthottu,' when she was in the sixth grade.

She contributed vocal tracks to the 1978 Rajinikanth film Gayathri.

Sujatha Mohan Is A Member Of