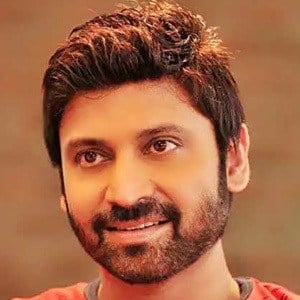 Indian film actor and producer who is known for his work on several Telugu cinema films and projects. He is best recognized for his appearances in the films Satyam, Godavari, Madhumasam, and Golconda High School.

He attended Columbia College in Chicago where he earned his BA in Film Studies in 1998. He started his acting career the following year in 1999 when he played Suri in the film Prema Katha. He then went on to make his blockbuster breakthrough in 2003 when he starred in the film Satyam.

He is also known for being a partner and producer at Annapurna Studios.

He was adopted and raised by his grandfather Akkineni Nageswara Rao.

He starred alongside Nandamuri Balakrishna and Vidya Balan in the 2019 feature film NTR: Kathanayakudu.

Sumanth Kumar Is A Member Of