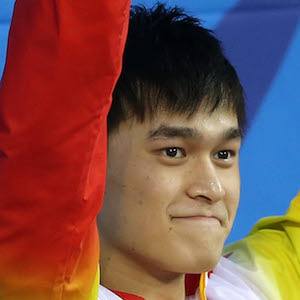 When he was a boy, he wanted to be a singer.

His father Sun Quanhong was a volleyball player.

At the 2012 Olympics, American swimmer Michael Phelps became the most decorated Olympian ever with a career total of 22 medals.

Sun Yang Is A Member Of