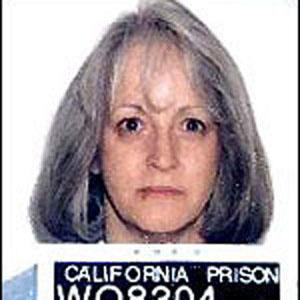 Member of the Manson family was convicted for her part in eight murders carried out in the summer of 1969.

During her trial she and her co-defendants showed little remorse for their acts, and frequently disrupted proceedings with bouts of songs.

Sentenced to death, her punishment was later commuted to life in prison; she spent almost 40 years behind bars, California's longest female inmate at the time.

She was born in San Gabriel, California.

Several film versions of her and the rest of the "family's" murders were made, including the 2003 The Manson Family, with music by Phil Anselmo of Pantera.

Susan Atkins Is A Member Of