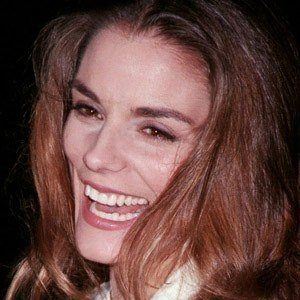 Famous for her portrayal of Sandra Beeman on the FX series The Americans, she is also notable for her recurring roles on Nashville, Person of Interest, The Good Wife, Gossip Girl, and Jonny Zero.

Early in her career, she played Grace Davidson Buchanan on the soap opera One Life to Live and was cast in the 1996 musical movie Everyone Says I Love You.

A dancer and stage performer as well as a screen actress, she appeared during the 1990s in Broadway productions of Dream, A Funny Thing Happened on the Way to the Forum, How to Succeed in Business Without Really Trying, and Guys and Dolls.

She spent her early days in Paterson, New Jersey, and the bulk of her childhood in nearby Pompton Plains.

She and Denise Fay are both featured in the "Cell Block Tango" dance number in the 2002 cinematic adaptation of the Broadway musical Chicago.

Susan Misner Is A Member Of

Chicago
The Americans
Being Charlie
Fosse/Verdon