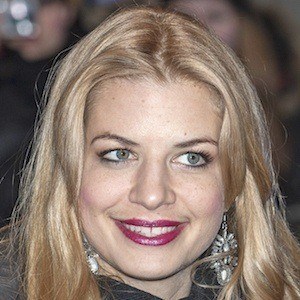 TV actress who joined the German soap opera Gute Zeiten, schlechte Zeiten as Verena Koch in March 2002. She has more than 160,000 followers on her susan_sideropoulos Instagram account.

She won season 2 of the German series Let's Dance.

She married Jakob Shtizberg in 2006. Her father is Pierro Sideropoulos.

She and Sheryl Lee are both German actresses.

Susan Sideropoulos Is A Member Of