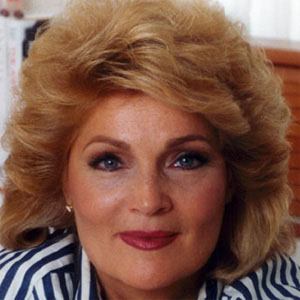 She is most known for being the first host of the game show Wheel of Fortune in the 1970's.

She started working in beauty pageants and modeling in Kansas before she ventured off for a career in television.

She briefly substituted for Vanna White on Wheel of Fortune in 1986.

Susan Stafford Is A Member Of