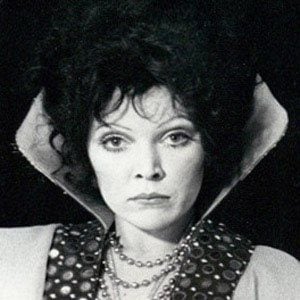 She gained recognition for her Oscar-nominated performance as Oma in the 1972 film Fat City.

She was cast in New York-based theater productions until making her film debut in the 1971 film, Shoot Out.

Her father worked as an agent for the William Morris Agency.

She played Ramona Rickettes in the comedy film Cry-Baby, which starred Johnny Depp.

Susan Tyrrell Is A Member Of