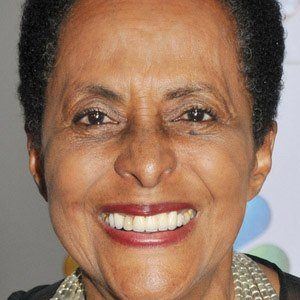 One of the most prominent and influential singers in Peruvian history, who was named Peru's Minister of Culture in 2011.

She is a two-time Latin Grammy winner.

She grew up in a small fishing village in greater Lima.

She has a fan and producer in rock icon David Byrne.

Susana Baca Is A Member Of