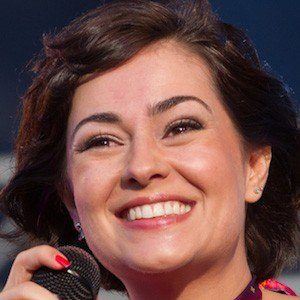 Portuguese singer known for hit, multi-platinum albums like 2006's Indigo. She is also an actress known for roles like that of Carolina Silveira on the series Nome de Codigo: Sintra.

She was a champion figure skater and worked as a stage actress in the late 80's and early 90's.

She played the voice of Pocahantas in the Portuguese version of the animated Disney film of the same name.

Her mother taught her the song "Maria Da Cruz."

She and David Fonseca are both famous Portuguese pop singers.

Susana Félix Is A Member Of