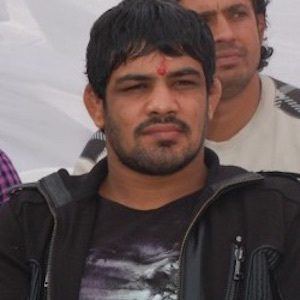 Dominant freestyle wrestler from India who won four gold medals at the Commonwealth Wrestling Championships from 2003 to 2009. In 2012, he took home silver in the 66 kilogram weight class at the Summer Olympics.

He began his training at age 14 and first broke onto the wrestling scene by winning gold at the World Cadet Games in 1998.

His father was a bus driver who also wrestled.

He and American freestyle wrestler Jordan Burroughs both competed at the 2012 Olympic Games.

Sushil Kumar Is A Member Of