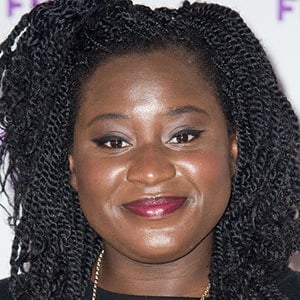 Actress who has earned worldwide acclaim for her work on the popular E4/Netflix horror comedy TV series Crazyhead beginning in 2016. She also debuted on the E4 sitcom Chewing Gum before it broadcast on Netflix that same year.

She graduated with her degree in acting from the Royal Academy of Dramatic Arts (RADA).

She has starred on the sitcom Porters beginning in 2017. She voiced popular character Shuri in the 2017 video game Lego Marvel Super Heroes 2.

She has one sister named Emi Wokoma.

She was cast to star in the 2019 Channel 4/IFC sitcom Year of the Rabbit alongside Matt Berry.

Susie Wokoma Is A Member Of