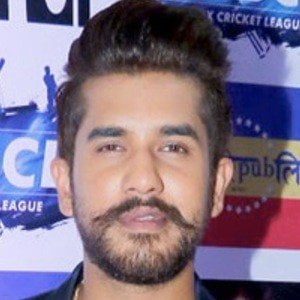 Indian actor known for his various roles on popular television shows, including Kya Hua Tera Vaada and Zindagi Wins. He was a contestant on Bigg Boss 9.

His first television appearance came as a contestant on Splitsvilla in 2009. He made his acting debt in 2010.

He's served as captain of the Delhi Dragons. He released an album called Khushnuma and has more than 1.1 million followers on Instagram.

He's dated Kishwar Merchant and he has a sister named Shruti.

He and Vivian Dsena both appeared on the show Pyaar Kii Ye Ek Kahaani.

Suyyash Rai Is A Member Of