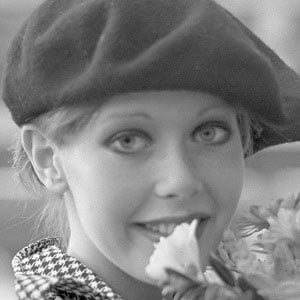 Famous for her title role in several editions of France's Emmanuelle film series, she is also remembered for her performances in the 1980s features Private Lessons, Lady Chatterley's Lover, and Mata Hari.

She started modeling in her late teens and was the 1973 winner of the Miss TV Europe competition.

Born in the Netherlands to Jean-Nicholas and Pietje Kristel, she grew up with a sister named Marianne. During the 1980s, she had two brief marriages; she also had relationships with writer Hugo Claus (with whom she had her only child, Arthur) and actor Ian McShane.

Shortly before her death from cancer, Kristel appeared with Andrea Osvart in a TV movie titled The Swing Girls.

Sylvia Kristel Is A Member Of