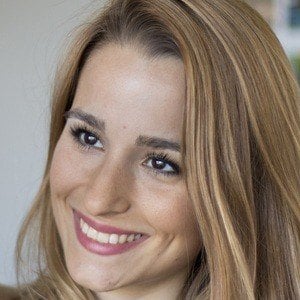 Crafting aficionado who has become incredibly well known for her YouTube channel Dare to DIY where her creative tutorials in Spanish have earned her more than 950,000 subscribers.

She first began to showcase her DIY fashion skills on her Dare to DIY blog in 2012. It started as a personal blog.

Some of her most popular videos like "DIY tutorial: Decorate candles with paper napkins" and "DIY: El vestido más fácil del mundo" have earned more than 1 million views a piece.

She has lived in both Barcelona and Madrid.

Sylvia Salas Is A Member Of