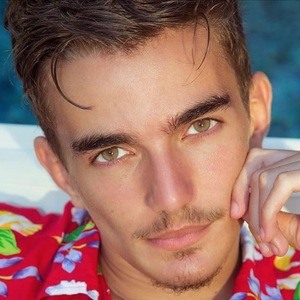 Lebanese actor who is known for his work both in television and in feature films. He is most recognized for having played the recurring role of Sami in the 2013 television series Helwe W Kezzebe: Beautiful Liar.

His acting career first began in 2008 when he appeared on the series Mouabbad. After several other television appearances in Badal Aan Dayea and Ayle Matooub Aleiya, he earned recognition with his first recurring role on Helwe W Kezzebe: Beautiful Liar in 2012.

He has been featured and profiled in a range of different press outlets including Radar Scoop in September of 2017 and in LebTime in December of 2015.

He shared a photo with his brothers to Instagram in November of 2016.

He starred alongside Dalida Khalil in the 2012 series Helwe W Kezzebe: Beautiful Liar.

Sylvio Sarkis Is A Member Of