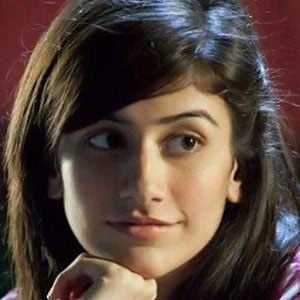 Pakistani actress and television host best known for her role as Shabeeha/Neelam, an orphaned girl living with her grandparents, on the Pakistani drama Ru Baru.

Her first gigs in show business were hosting the MTV Pakistan shows Bheja Fry and Most Wanted.

She appeared alongside her husband, actor Shehroz Sabzwari, in the 2012 series Tanhaiyan Naye Silsilay.

She is the middle child of three sisters; all work in the entertainment industry. She married Shehroz Sabzwari in 2012.

She is the sister of Pakistani actress Alishba Yousuf.

Syra Yousuf Is A Member Of