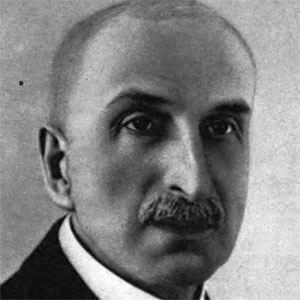 Polish politician and historian who was the founder of the Askenazy school and was the first Polish representative at the League of Nations from 1920 until 1923.

He studied law at the Imperial University of Warsaw in the 1880s and worked as a lawyer.

He grew up in a Polish family in Zawichost.

Szymon Askenazy Is A Member Of