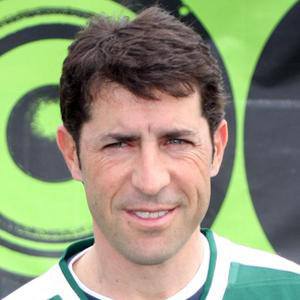 Former midfielder who played his last 8 seasons with the MetroStars. He spent 12 years with the US national team.

He made his professional debut in 1988, after three seasons with North Carolina State University.

He was named the U.S. Soccer Athlete of the Year while playing with the Miami Sharks in 1990.

He had three children with his longtime girlfriend Tracey: Alex, Kristen and Sarah.

Tab Ramos Is A Member Of