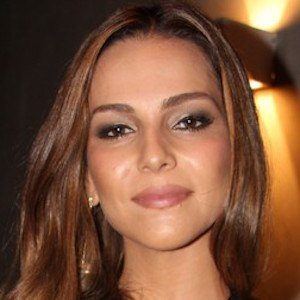 Known for her work on the Brazilian telenovela En Familia as the lesbian photographer Marina. She has also appeared in a wide variety of Brazilian films and other telenovelas, and has earned various accolades for her work.

She began her career in the entertainment industry as a VJ in Rio Grande do Soul at age 19. She also worked as a model, and participated in various international shows.

She was born and raised in Porto Alegre, Rio Grande do Sul, Brazil.

She has portrayed Giovanna Anthonelli's love interest on the Brazilian telenovela En Familia.

Tainá Müller Is A Member Of