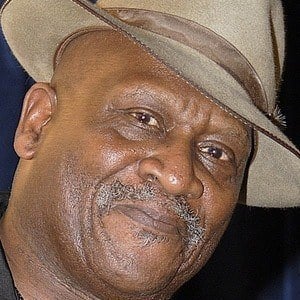 Self-taught Grammy Award-winning blues musician and songwriter who mastered the guitar, banjo, piano, and harmonica, to name a few.

He began working on a Massachusetts dairy farm when he was 16.

He was born Henry Saint Clair Fredericks, but began using Taj Mahal in the late fifties/early sixties, after he had dreams about social tolerance, Gandhi, and India.

He was born into a musical family where his father was a piano player and a West Indian jazz arranger and his mother sang in the local gospel choir.

He worked with many prominent musicians, including recording with Eric Clapton and Etta James.

Taj Mahal Is A Member Of