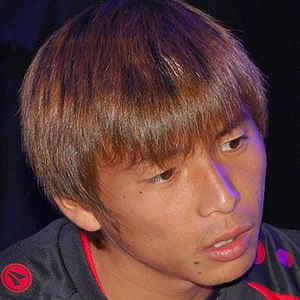 Winger and attacking midfielder who has represented Japan in tournaments like the 2013 FIFA Confederations Cup and 2015 AFC Asian Cup. He has also competed for clubs like Cerezo Osaka, Eintracht Frankfurt and SD Eibar.

He led his high school to an All Japan High School Soccer Tournament victory in 2006.

In May 2017, he became the first Japanese soccer player ever to score a goal against FC Barcelona.

He has a son named Koki.

He played alongside goalkeeper Eiji Kawashima at the 2015 AFC Asian Cup.

Takashi Inui Is A Member Of