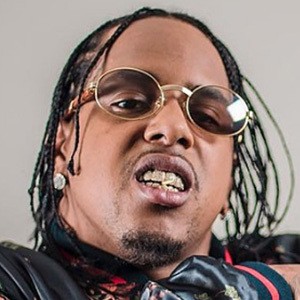 Pioneer of New York City's Latin urban culture notable for hits such as "Narco," "La 40," "Global" and "Que Fue." He has 1 million followers on Instagram, and his TaliGoyaTV YouTube channel has 490,000 subscribers.

He grew interested in music as an eight-year-old in New York City.

He was born in a Barrio called "Los Minas" and migrated to the United States when he was 4 years old. His real name is Juan Miguel Villar.

He is affiliated with the Netflix series El Ganador, starring Nicky Jam.

Tali Goya Is A Member Of