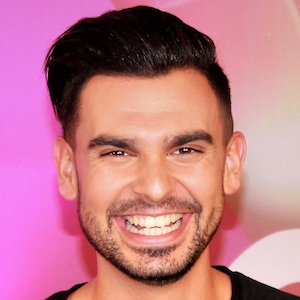 is a Hungarian singer-songwriter, musician, most notable for winning the fifth season of Sztárban sztár, the Hungarian version of Your Face Sounds Familiar. He also made it to the finals of A Dal 2018, the Hungarian national selection process for the Eurovision Song Contest 2018 in Lisbon, Portugal with the song Meggyfa.

He was born in Dunaújváros, Hungary and played guitar starting at age eight.

In 2011, he started working with Raul Dajka on YouTube, becoming one of the most watched YouTube channels in Hungary.

His grandfather, János Horváth, was a harpist, and Tamás' father is János Horváth Jr. who's been a joint front man of the band Digitál since 1985.

Ana Kokic and Krystal Brimner have also appeared on various versions of Your Face Sounds Familiar.

Tamás Horváth Is A Member Of