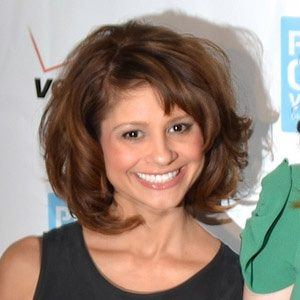 She acted in local theater productions as a teen before being approached by an agent, who immediately wanted to represent her.

She played a highschooler in the series Popular despite being well into her 20s at the time.

She married Paolo Cascardo in 2003.

She appeared on the hit show 7th Heaven, which starred a young Jessica Biel.

Tamara Mello Is A Member Of