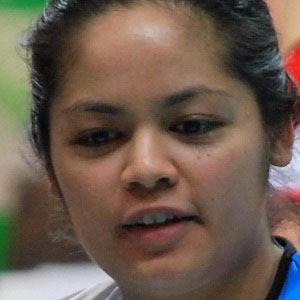 Accomplished indoor volleyball athlete who helped the United States win a silver medal at the 2012 London Olympic Games. She also won two Defensive Player of the Year honors at the collegiate level.

She was recruited by and attended the University of Washington to play volleyball following finishing her high school career as the 2004 Hawaii Gatorade Player of the Year.

She helped win the gold at the 2011 Macau FIVB World Grand Prix.

She was born in Honolulu and her mother was a volleyball player for the University of Hawaii.

She was a teammate of Lindsey Berg at the 2012 London Olympic Games.

Tamari Miyashiro Is A Member Of