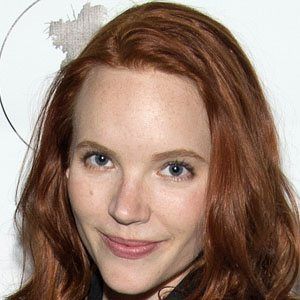 English actress who became known for her role as Georgiana Darcy in the film Pride and Prejudice. In 2014, she began playing the character Anne Hale on the WGN series Salem and in 2019, she began starring in Amazon's Carnival Row as Imogen.

She went to Brighton College and Homerton College, Cambridge.

She wrote poetry that was published in Platforms Magazine.

She was in a long-term relationship with actor Freddie Fox.

She starred with Keira Knightley in the 2005 film Pride and Prejudice.