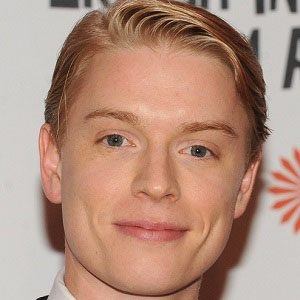 Perhaps most known for his role as King Louis XIII in the 2011, 3D film version of The Three Musketeers, Fox is also notable for his title role in the 2012 English television version of The Mystery of Edwin Drood.

After graduating from London's Guildhall School of Music and Drama, he made his television debut in the made-for-TV movie Why Didn't They Ask Evans?

In 2011, he appeared with Chiwetel Ejiofor in the BBC miniseries The Shadow Line.

The son of screen actors Joanna David and Edward Fox, he grew up in London with two sisters named Emilia Fox and Lucy Preston.

He co-starred with Rupert Everett in the Hampstead Theatre's production of The Judas Kiss.

Freddie Fox Is A Member Of