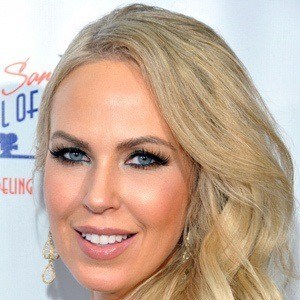 Film and television actress who rose to fame for her portrayal of Dominique in the 2015 science fiction film Ghost Aliens. She also starred in the comedy Hitting the Nuts in 2010.

She entered the Miss Teen California All American pageant in 2000 and won.

She guest starred in an episode of Entourage in 2009.

She and her husband Jeremy have a son named Ryder.

She made an appearance in Piranha 3D which starred Jerry O'Connell and Richard Dreyfuss.

Tara Rice Is A Member Of