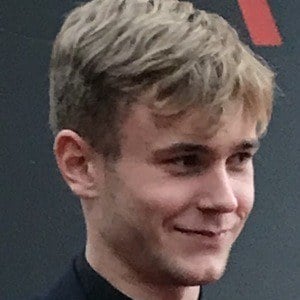 Actor best known for playing the role of Isak Valtersen on the television show Skam.

He was first cast as a supporting player in season one before taking over the lead role in season three of Skam.

He is from Norway. He prefers not to disclose his sexual orientation.

He starred alongside Josefine Frida Pettersen on Skam.

Tarjei Sandvik Moe Is A Member Of