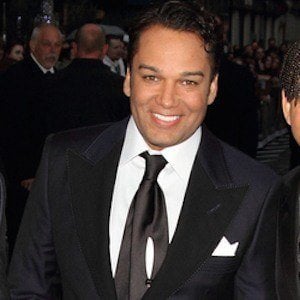 Star of the Lifetime original reality series The Jacksons: Next Generation, Taryll is also a singer-songwriter who performs alongside his brothers in the R&B/pop music trio called 3T.

He first performed alongside his brothers in 3T beginning in 1989. They would take a hiatus in 2005 after releasing albums titled Brotherhood, Identity and 3T Meets The Family Of Soul, and would reunite in 2013.

He has children with Breana Cabral named Bryce and Adren. He is the middle child between Taj and TJ Jackson, and was born to parents Dee Dee and Tito Jackson.

He and TJ have written/produced songs for their aunt Janet Jackson, and for Bruno Mars and Lindsay Lohan.

Taryll Jackson Is A Member Of