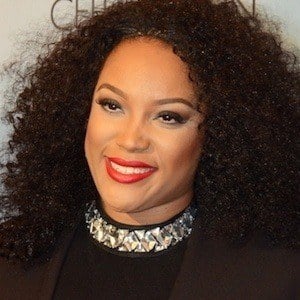 Gospel singer who is known for her having won the BET gospel singing competition Sunday Best. She ended the 6th season in 2013 as the winner. As a result, she received a recording contract from the RCA Records' label Fo Yo Soul Recordings.

She dropped out of high school at age 17 when she became pregnant. She eventually relocated to Atlanta, Georgia to pursue a music career.

She was born in Detroit, Michigan. She was raised there by her parents Michael and Lisa, who are both spiritual leaders.

She originally worked with Kirk Franklin, who was the head of Fo Yo Soul Recordings when she was signed.

Tasha Page-Lockhart Is A Member Of