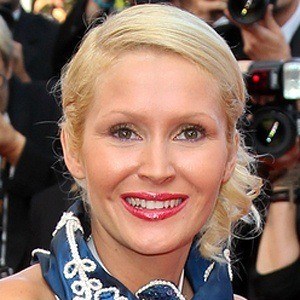 Television show host, model and reality star who rose to fame in the series Secret Story and FriendsTrip 3. She later hosted the show Tatiana Laurence Delarue You Give The Word.

Her first appearance on a reality show came in 2007 when she was in Jouer n'est pas tromper.

Popular across social media she has attracted more than 80,000 followers on Twitter.

Her mother died when she was twelve years old. She married basketball player Xavier Delarue.

She is a French TV show host like Julia Zemiro.

Tatiana-Laurens Delarue Is A Member Of