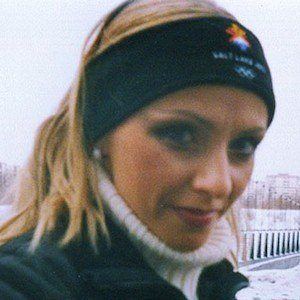 Ice dancer who became one of the sport's most accomplished, winning gold at the 2006 Winter Olympics as well as the World Figure Skating Championships in 2004 and 2005. After retiring, she participated in the Eurovision Dance Contest and became an ambassador for the Winter Olympics. .

She began ice skating at age 5 after first seeing it on television. She moved to Moscow to further her training in the late 80s.

She competed on the show Stars On Ice, which she won with actor Marat Basharov.

She was succeeded by Tessa Virtue as the Olympic gold medalist in ice dancing.

Tatiana Navka Is A Member Of