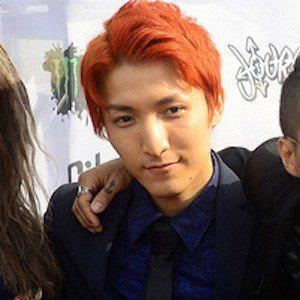 Guitarist known for being one of the original members of the Japanese electronic, metal band Crossfaith. In 2014, he was temporarily forced to quit touring due to injuries aggravated by playing guitar.

He played in a Nu Metal cover band with Koie Kenta and Amano Tatsuya. The three of them teamed up after that band broke up, added a drummer, and formed Crossfaith in 2006.

He shares a name with the main character of Front Mission 3, a game released for the original PlayStation in 1999.

He is from Japan.

He is joined by Kenta Koie and Kazuki Takemura in Crossfaith.

Kazuki Takemura Is A Member Of