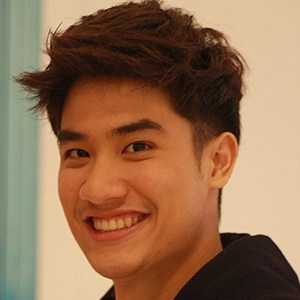 TV actor who played Alan GMM series Secret Seven in 2017. He has over 3.3 million followers on his tawan_v Instagram account.

He studied economics at Chulalongkorn University and made his acting debut in Room Alone in 2014.

He posted a photo of him and his siblings as kids to Instagram in January 2018.

Tawan Vihokratana Is A Member Of