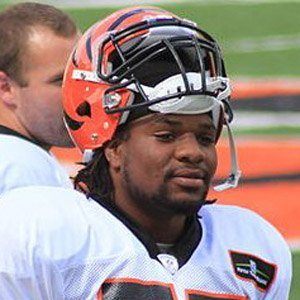 Linebacker who signed with the Cincinnati Bengals in 2012 as an undrafted free agent; named to his first Pro Bowl after leading the NFL with 171 tackles during the 2013 season.

He played college football at Arizona State, where he was named TSN Pac-10 Defensive MVP in 2010.

He was coached by Dennis Erickson during his time at Arizona State.

Vontaze Burfict Is A Member Of