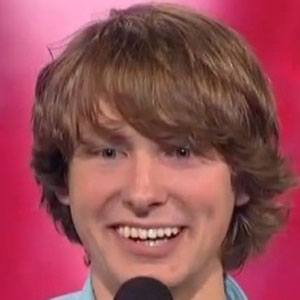 Musician who competed on season five of "America's Got Talent," the popular NBC talent show.

He had a part-time job working at a local law firm.

He grew up in Alexandria, Louisiana with an older sister and an older brother. His father was also a musician.

He became most famous for his version of "Somewhere Over the Rainbow," originally popularized by Judy Garland.

Taylor Mathews Is A Member Of