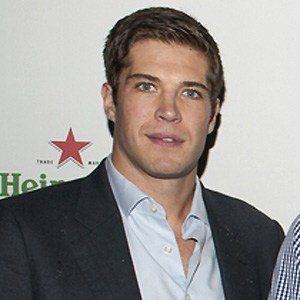 Canadian forward who made his NHL debut in 2000 with the New York Islanders.

He played for the Sudbury Wolves in the Ontario Hockey League.

He was selected eighth overall in the 1999 NHL Draft by the New York Islanders.

His father Nelson played in the NHL and his younger brother Tom also joined the NHL.

In 2009 against the Colorado Avalanche, he recorded what is called a "Gordie Howe hat trick," which is when a player scores a goal, records an assist, and gets into a fight in the same game.

Taylor Pyatt Is A Member Of