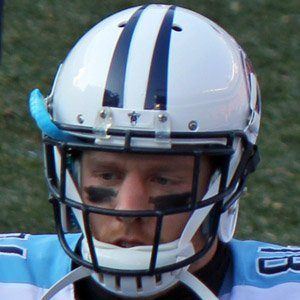 NFL tight end who debuted in 2012 for the Tennessee Titans. He starred at Southern Methodist University, before being selected in the 5th round of the 2012 NFL Draft.

He played high school football at Prosper High in Texas.

He played in all 16 games as a rookie, compiling 46 receiving yards.

His family has lived in Texas.

He caught his first NFL pass from quarterback Jake Locker.

Taylor Thompson Is A Member Of