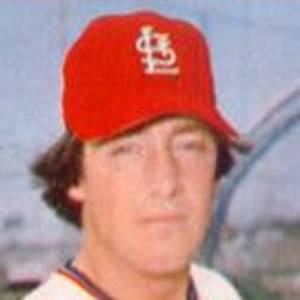 Eight-time All-Star who was considered one of the best hitting catchers of his generation.

He was drafted straight out of high school by the St. Louis Cardinals in 1967.

He played starting catcher for the Cardinals after they converted Joe Torre from catcher to third base.

He married the founder of Wildwood Press.

He played in the National League throughout the 1970s with fellow catcher and Cincinnati Reds Hall of Fame slugger Johnny Bench.

Ted Simmons Is A Member Of