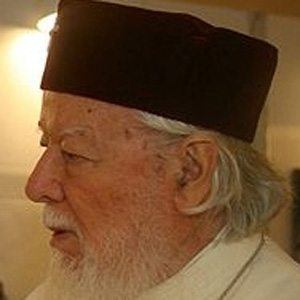 He began his tenure under Romania's communist government, and was accused by some of collaborating with it.

In response to charges of collaboration, he offered his resignation, and even briefly stepped down, but he was later reinstated by the church.

He was born the second youngest of 11 children to a family in Botoşani County, Romania.

He was the first Orthodox church leader to host the Roman Catholic Pope when Pope John Paul II visited, signaling a rapprochement between the two religions.

Teoctist Arapasu Is A Member Of