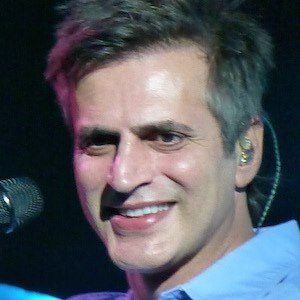 Turkish singer and actor who first became known for his self-titled debut album released in 1996. He has since released more than a dozen albums including hits like "Paramparça" and "Papatya."

He completed a degree in sociology from Bogazici University and continued into graduate studies at Istanbul University.

He first started his official music career in 1986 as a member of the band Mirage. He then hopped through a number of bands until his breakthrough single "Ne Ekmek Ne de Su."

He was born Fazli Teoman Yakupoglu in Istanbul, Turkey. In 2012, he married Ayse Kaya.

Fellow rock singer Sebnem Ferah has been featured on some of his tracks.

Teoman Is A Member Of