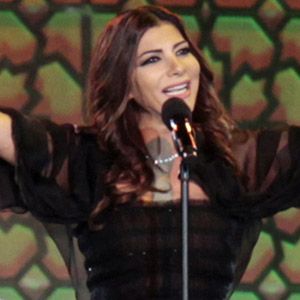 Singer from Syria best known for albums like Sawaha Galbi, which stayed at #1 on the Syrian music charts for four weeks in 2007. She has also been the host of the TV show Soula.

She began performing at age four and helped care for her siblings after the death of her father.

The King of Bahrain granted her citizenship to Bahrain after being impressed by her performance of "Love and Loyalty".

She has children with film director Tarek Al Eryan, whom she married in 2006.

She and Najwa Karam are two of the most famous female Middle Eastern singers.

Assala Nasri Is A Member Of