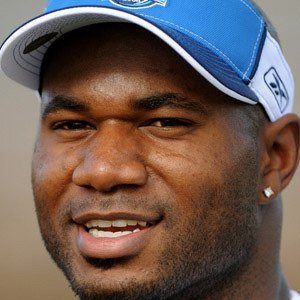 Pro Bowl NFL cornerback who was selected fifth overall by the Dallas Cowboys in the 2003 NFL Draft.

He was an All-American his senior year at Kansas State University and won the Jim Thorpe Award in 2002.

He signed with the Cincinnati Bengals in 2012 and resigned under a $5-million contract in 2013.

He grew up in Salina, Kansas.

He became teammates with DeMarcus Ware upon Ware's drafting by the Cowboys in 2005.

Terence Newman Is A Member Of