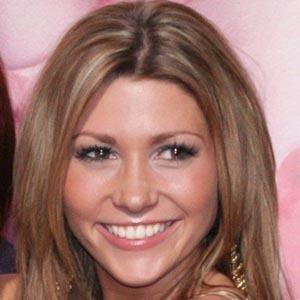 Czech singer who is known for her pop and R&B influence and style. She is best recognized for having represented the Czech Republic at the Eurovision Song Competition in 2008 where she performed her hit single "Have Some Fun".

She originally started her career as a singer within the group Black Milk which was a trio that formed in 2001. She then embarked on her solo career after the group split up in 2005. She released her first solo album debut the following year entitled Orchidej.

She is known for having earned representation from the Universal Music Label.

She was born and raised in Brno, Czechoslovakia.

Other Czech singers also known for having participated in the Eurovision Song Competition include Mikolas Josef and Martina Barta.

Tereza Kerndlova Is A Member Of